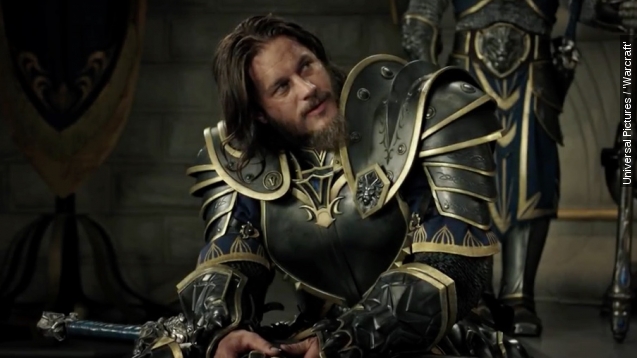 SMS
Overanalyzing The New 'Warcraft' Movie Trailer
By Matt Picht
By Matt Picht
November 6, 2015
"Warcraft" is based on the massively popular video game series, but from what we can tell, it's going to make a few key departures from the lore.
SHOW TRANSCRIPT

If any franchise can save the desolate genre of "movies based on video games," we think this is the one.

The long, long-awaited "Warcraft" movie released its first trailer this week, and it's got all the right ingredients for a good high fantasy movie: massive battles, sweeping vistas and dialogue so cheesy you could make a quesadilla out of it.

"For orcs, there is no other life but war," a character in the trailer says.

Yeah, this movie's either going to be supremely good, or supremely awful. There is no middle ground.

Details about the film's plot have been scarce, and no one's sure how true the producers will stay to the game's labyrinthine lore. But now that we've got a solid trailer to work from, let's indulge in some baseless speculation!

We already know the movie takes place sometime around the initial Orc invasion of the human kingdom of Stormwind; that's well before the events of the franchise's most popular games, "Warcraft III" or "World of Warcraft."

It's also starring two of the central players in that conflict: human knight Anduin Lothar and Orc chieftain Durotan. Looks like future Warchief Thrall will also make an appearance.

It looks like these Lothar and Durotan will have more interaction than they did in the games; the trailer is hinting pretty hard that there's an Orc-human team-up in the future.

And since there are some shots of Orc-on-Orc violence in the trailer, it's probably safe to assume that alliance revolves around Durotan's opposition to the demonic corruption that was plaguing the Orcish ranks during the war.

That's about as much information we can safely extrapolate from this trailer; the movie's scheduled for release in June 2016, so hopefully we'll get more details before then.