Our Obsession With Cute Canines Is Killing The English Bulldog 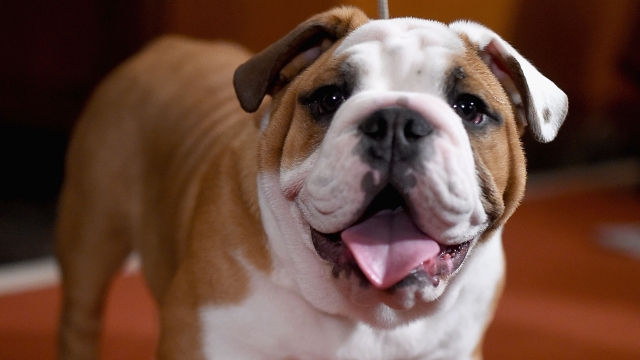 Most dog-lovers can agree: English bulldogs are pretty darn cute.

After all, those trademark flat faces, adorable underbites and stocky bodies helped make them the fourth most popular breed registered with the American Kennel Club.

But breeding bulldogs to have those desirable traits might come at a dangerous cost.

According to a new study published in Canine Genetics and Epidemiology, hundreds of years of inbreeding to produce desirable traits in purebred bulldogs has caused extreme damage to the breed.

And researchers believe it would be nearly impossible to save them without crossbreeding them with other dogs.

As one of the study's authors told The Washington Post, "The English bulldog is the most egregious example of getting carried away with oneself in actually designing a dog that's as far from nature as you can possibly get."

SEE MORE: Humans May Have Tamed Wolves Twice Because Dogs Are Worth It

To come to this conclusion, scientists studied the DNA of 102 healthy English bulldogs.

They found the average bulldog is "genetically equivalent to offspring of full sibling parents that came from a highly inbred subpopulation."

Translation: The dogs were more closely related than if their parents had been siblings, and that definitely causes issues for them.

Selective breeding to produce the perfect bulldog has given them many health problems, including poor eyesight, shortness of breath, skin allergies and hip dysplasia.

And the breed's health has deteriorated so much, one section of the study claims, "Bulldogs that reproduce without assistance, move freely, walk or run for long distances, and breathe normally even at rest are the exception."

And because bulldogs are so genetically similar now, one researcher says the chances of breeding those harmful traits out of the gene pool are slim to none.

The study has gotten a lot of attention in the U.K. and renewed calls for important revisions in breed standards.