Should The Rest Of The 911 Calls From The Pulse Shooting Be Released? 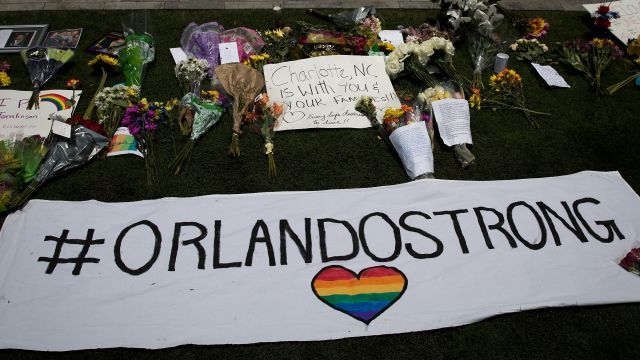 SMS
Should The Rest Of The 911 Calls From The Pulse Shooting Be Released?
By Matt Picht
By Matt Picht
October 31, 2016
The city of Orlando has released some of the audio from the 911 calls between police and the Pulse nightclub shooter.
SHOW TRANSCRIPT

The city of Orlando has released nearly 30 minutes of audio recordings from 911 calls made by the shooter who killed 49 people and wounded at least 50 more at the Pulse nightclub.

The recording of the shooter's 911 call starts with a negotiator saying: "Hi there, this is Orlando police. Who am I speaking with, please?"

During the calls, the shooter pledges allegiance to ISIS and vows revenge for U.S. airstrikes on the terrorist group. He was eventually shot and killed by police.

Transcripts of the calls were published in September, but a judge ordered the city to release the full audio of the calls Monday.

The audio was part of a stash of unreleased 911 calls from the Pulse shooting, which have become the center of a battle pitting the families of the victims against the media.

To date, Orlando has released about two-thirds of the more than 600 911 calls made about the shooting. But the city is still holding onto around 230 calls that it says contain sounds of suffering from the victims. Media organizations say there is a compelling public interest for those calls to be publicly released, but some of the victims' friends and family say it would be too traumatic to release that audio.

Jessica Silva, whose brother died during the shooting, told the Tampa Bay Times: "It would be extremely difficult for family and friends to listen to these calls. ... Just listening to one of the calls ... we can recognize voices. Just listening to them screaming ... how are we going to feel?"