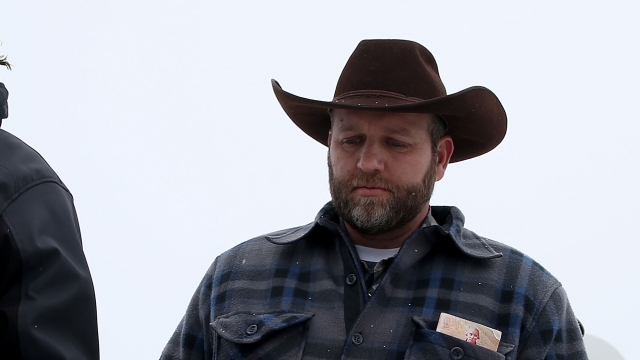 One person has reportedly been killed during the arrest of Ammon Bundy, the leader of the armed militia that took over the Malheur National Wildlife Refuge in Oregon earlier this month. Seven other people were also taken into custody. (Video via Facebook / Bundy Ranch)

LaVoy Finicum, a spokesman for the group, was reportedly shot and killed during a traffic stop with federal authorities. Ammon Bundy's brother, Ryan Bundy, was also said to be injured. It's unclear who fired first.

"I have no intention of spending any of my days in a concrete box," Finicum said.

Supporters of the militia, including Ammon Bundy's wife and father, claim Finicum was complying with authorities when he was shot.

The group in the traffic stop were reportedly on the way to a community meeting in a nearby town when they were pulled over by authorities.

"When it comes down to who was right and who was wrong, we are right," Ammon Bundy said.

The militia have occupied the wildlife refuge for 25 days in protest after two local ranchers went to prison for arson on federal property. Some militia members still remain at the property.

Charges against those who were arrested are still unknown at this time.