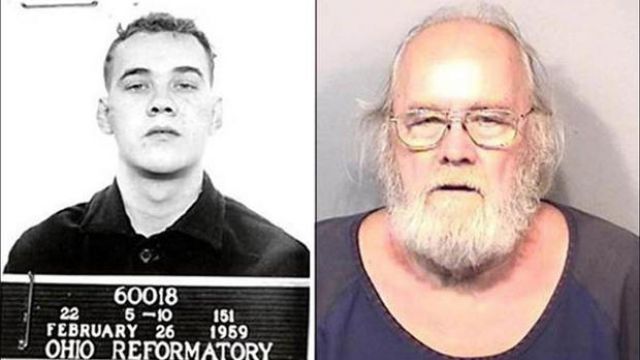 SMS
Ohio Fugitive Granted Parole After Spending Over 50 Years On The Run
By Matt Picht
By Matt Picht
February 25, 2016
Frank Freshwaters escaped custody in 1959 and was recaptured in 2015.
SHOW TRANSCRIPT

An Ohio man who spent over 50 years on the run after escaping from prison has been granted parole.

Frank Freshwaters drove into and killed Eugene Flynt in 1957 and was convicted of second-degree manslaughter. He escaped from an Ohio prison farm in 1959 and lived under an assumed name for 56 years.

Freshwaters was arrested once in 1975 in West Virginia, but officials refused to extradite him to Ohio and he was released. In 2015, authorities eventually caught up with Freshwaters again in Florida, where he was going by William Cox.

Ohio's parole board agreed to free Freshwaters based on his clean record while on the lam. His parole begins April 24, and he's recommended to be released in West Virginia.