Obamacare's Almost Six Years Old. Has It Been Working? 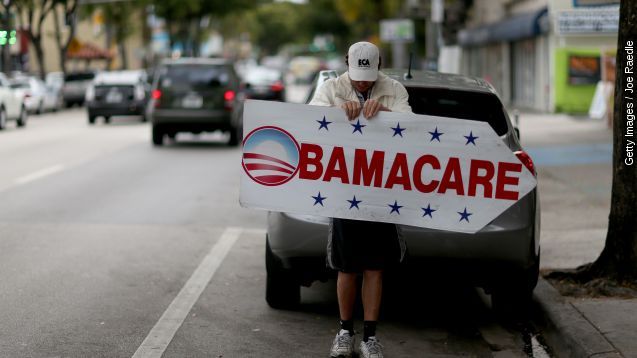 SMS
Obamacare's Almost Six Years Old. Has It Been Working?
By Jake Godin
By Jake Godin
January 12, 2016
The Affordable Care Act is getting close to being six years old — but is it working? If you're looking at how many folks are insured, yes.
SHOW TRANSCRIPT

The Affordable Care Act was signed into law almost six years ago, and the White House seems pretty content with how it’s been going.

So just how well is the ACA — or, Obamacare — really doing? If you’re only looking at it terms of how many Americans have health insurance, not bad.

After the law came into effect, nearly 23 million people gained health insurance — although about 6 million lost their insurance in same period. The net positive was 17 million more people with insurance.

Since 2016’s enrollment period began in November, more than 8.5 million people signed up for or renewed their coverage through the federal insurance marketplaces.

But the number of insured Americans isn’t the only number going up — some costs are too.

The cost of premiums for the ACA’s most popular “silver” plan is expected to rise by double digits. That’s not a trend unique to government health care, though — individual premiums have been on the rise for years.

And the penalty for not having insurance is jumping to $695 or 2.5 percent of household income, whichever is higher.