One Of The Few Things Congress Can Agree On Is Diapers 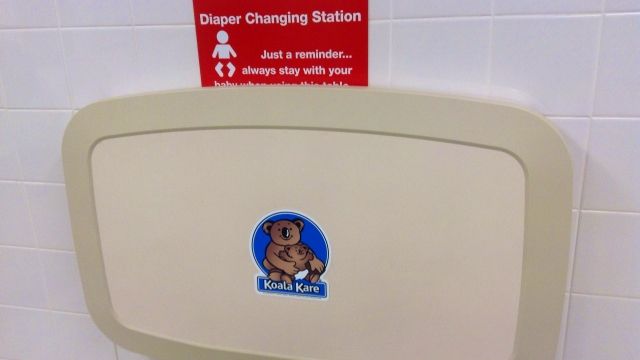 By Stephanie Liebergen
October 13, 2016
The bill to increase access to diaper changing tables was passed by a wide margin in the House and by unanimous consent in the Senate.
SHOW TRANSCRIPT

Our current Congress is pretty divided. But there's at least one thing they agree on — dads and diapers.

The Bathrooms Accessible in Every Situation Act, or BABIES Act, was passed in the House by a 389-34 vote, and it was passed by unanimous consent in the Senate.

Changing tables are most often found in women's restrooms. That's something that caught the attention of actor Ashton Kutcher when he became a new dad. He started a Change.org petition to get changing tables in men's bathrooms at Target and Costco — a petition that both major companies responded to.

The divided nature of politics in America isn't a secret, and it isn't new. The 112th Congress was deemed the most polarized ever and enacted just 284 laws.

The next Congress got a little more done in two years, enacting 296 laws. But the 114th Congress is on track to do even less. They've enacted just 243 laws.

This Congress still has about two months to get some work done. But they'd need to pass another 40 laws to avoid being the least productive Congress since 1973.

Still, it's easy to see why Congress came together on the changing table issue as dads are taking on an increasing number of parenting duties.