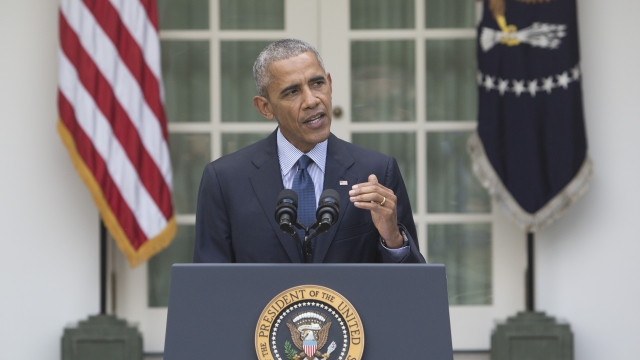 Not anymore. It was part of President Barack Obama's plan to raise the overtime salary cutoff, but a federal judge blocked it on Tuesday.

SEE MORE: More Americans Will Become Millionaires In 2017, But It's Not All Good

Earlier this year, Obama announced a new rule that roughly doubled the cap for salaried workers. Anything above that cap, and the employer doesn't have to pay extra for work beyond 40 hours a week.

It means a lot of extra costs for businesses and state governments, whose workers would qualify for overtime if they earn less than the salary cap.

Twenty-one states got together and sued the Obama administration over the rule.

The states argue that the new cap, which would automatically update every three years, could deplete their budgets and resources over time.

In his opinion, Judge Amos Mazzant said the U.S. Department of Labor's overtime regulation exceeded the authority it was granted by Congress.

Prior to the nationwide block, Politico reported Republicans in Congress were looking to potentially repeal the overtime rule after President-elect Donald Trump is inaugurated.

Doing so would be possible under the Congressional Review Act, which says Congress can vote to overturn a rule made by the executive branch within 60 legislative days of it being finalized. Since Congress isn't in session all too often, that 60-day deadline could stretch back to May, especially if House leaders were to end the December session early.

The federal judge's injunction is only temporary while he reviews the states' challenge.

The Labor Department says it's currently considering its options, one of which would be to appeal the judge's injunction.