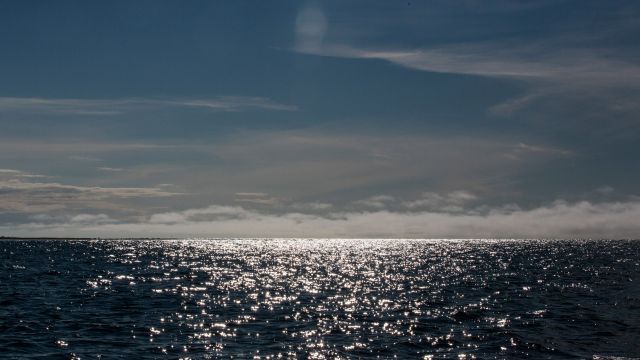 SMS
No Drilling Allowed In The Arctic Sea — At Least For A Few Years
By Matt Picht
By Matt Picht
November 18, 2016
The Obama administration has blocked energy companies from drilling in U.S.-owned parts of the Arctic Sea.
SHOW TRANSCRIPT

Drilling for oil and gas in the U.S.-owned portions in the Arctic Sea is off the table — at least until 2020.

The Obama administration's five-year plan for leasing offshore drilling rights won't include any Arctic waters. Tracts of ocean in the Beaufort and Chukchi seas were initially supposed to be on the list.

Interior Secretary Sally Jewell said the challenging environment and declining industry interest prompted the department to reconsider offering up those tracts for drilling. The department is offering 11 offshore leases — 10 in the Gulf of Mexico and one off the coast of Alaska.

Falling oil prices and the threat of harsh regulations have tempered the oil and gas industry's appetite to go prospecting in the Arctic.

Last year, Shell announced it was abandoning its $7 billion well in the Chukchi Sea after it failed to find enough energy to make the project worthwhile.

President-elect Donald Trump has promised to open up offshore drilling, but he'd need his own report in order to override President Obama's plan. And that could take a few years.