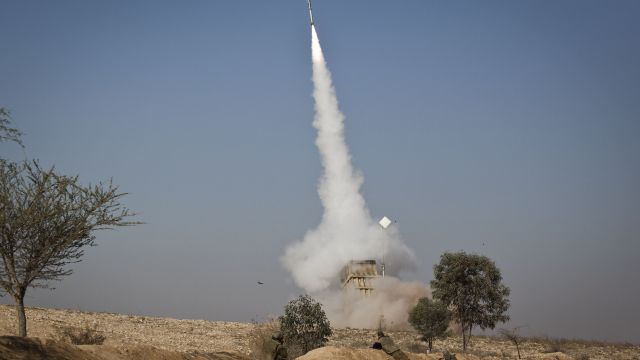 The U.S. has pledged to give $38 billion in military aid to Israel over the next 10 years — $7 billion more than a previous agreement.

The White House has been quick to point out this is the largest military aid pledge ever made in American history. But to get this deal, Israel had to accept some pretty strict caveats.

First and foremost — no more Congressional handouts. Congress routinely appropriates a couple hundred million dollars every year to Israel on top of the previous aid agreement. That extra cash is now off-limits; instead, the administration's lumped it into the main funding agreement instead.

The deal also phases out the 26 percent of annual aid Israel was allowed to spend on its own defense contractors — now it has to buy from U.S. manufacturers. And Israel also can't spend the money on fuel for its military, either.

And with new threats looming in Syria and Iran, Israeli Prime Minister Benjamin Netanyahu was reportedly looking for a more substantial boost in defense aid — something to the tune of $45 billion.