NYPD Commissioner Announced His Retirement Just One Day After Protest 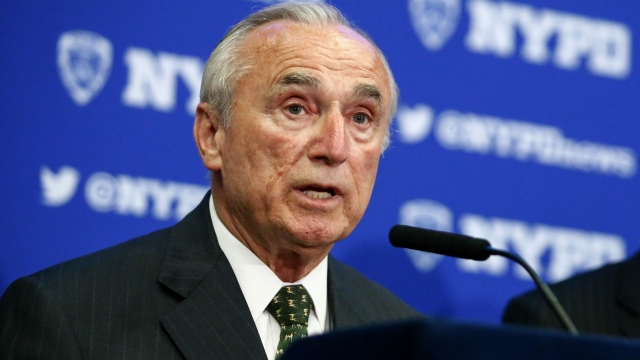 "We are a team that effectively has the ability to grow, expand and move on. It is now time for me to move on," Bratton said. "This city, this department, will have a seamless transition."

The move may not come as a surprise to some, given Bratton's recent comments. Last month, he told The New York Times he wouldn't stay in his position past 2017, and said, "I have the luxury of going when I want to go."

But the news of the resignation comes a day after protesters began occupying a park and demanding Bratton's firing.

The group — called Millions March NYC — describes itself as a "movement for Black lives" and "a network of revolutionary political organizers dedicated to the abolition of the repressive apparatus of the U.S. state."

In addition to Bratton's firing, the group is demanding an end to "Broken Windows policing." Protesters are also pushing to defund the police and invest the money in "black, brown and working-class communities." And they'd like money from the NYPD budget to go toward "reparations for families of victims and survivors" of police violence.

Bratton is one of the most well-known police officials in the United States. He first served as New York City's police commissioner years ago, then later held the same position in Boston. He's also been the Los Angeles police chief.