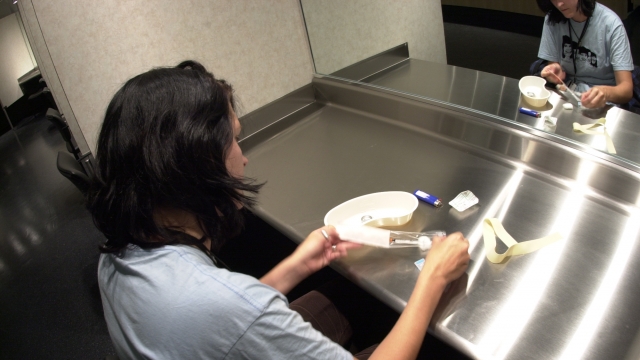 SMS
NY Mayor Proposes Government-Funded Injection Site For Heroin Users
By Ryan Biek
By Ryan Biek
February 24, 2016
It would be the first supervised injection facility in the U.S., but the plan has its skeptics.
SHOW TRANSCRIPT

Hoping to give heroin addicts a place to safely use the drug, the mayor of Ithaca, New York, has proposed creating the country's first supervised injection facility.

The proposal would allow medical professionals to watch over addicts as they try to recover and to keep users safer through steps like cleaning needles.

Mayor Svante Myrick told the Huffington Post: "Using heroin is bad for you. Dying from an overdose is even worse. We have to keep people alive and get them the resources to get clean."

Myrick's arguments are partly based on the apparent success of Canada's only supervised injection site. Researchers at that center claim 10 years after Vancouver's site opened, fewer citizens were injecting, more were seeking treatment, and HIV transmission through needles had dropped significantly.

A representative told WCBS 800 people come to the site every day, with 10 to 20 overdosing each week, yet none have died there. She said, "People die because they inject alone."

Not everyone is convinced, though. For one, experts have noted it's a difficult, and arguably dangerous, legal position for a city that helps people use narcotics.

"There is no way to use heroin safely. It kills families. It kills communities," said a representative of a treatment center.

In lieu of a center, others in New York have instead proposed more funding for law enforcement or supplying hospitals with drugs that curb heroin cravings, like methadone.

This video includes clips from The New York Times, WCBS, WSYR and Vancouver Coastal Health and images from Dimitris Kalogeropoylos / CC BY SA 2.0.