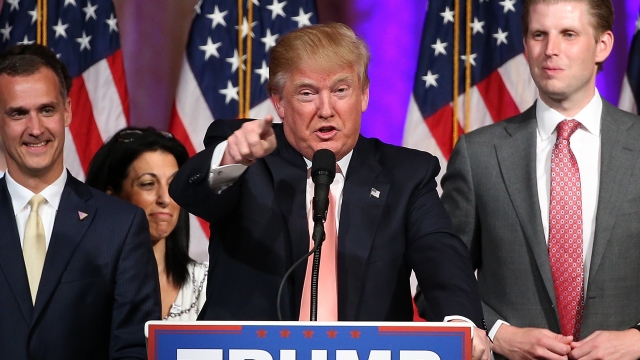 SMS
Now Trump Is Suggesting Riots Will Break Out If He's Not Nominated
By Matt Moreno
By Matt Moreno
March 16, 2016
Donald Trump said in an interview with CNN there could be "riots" if he's denied the Republican presidential nomination.
SHOW TRANSCRIPT

If a certain Republican presidential candidate doesn't secure 1,237 delegates before the Republican National Convention, things could really get interesting.

And, according to front-runner Donald Trump, there could even be "riots" if delegates go back on their pledges.

And New Jersey Gov. Chris Christie, a Trump endorser, agrees. He said late Tuesday, prior to Trump's interview on CNN, a brokered convention would be "very dangerous."

Trump is no stranger to seeing violence at his political rallies. He canceled one in Chicago last week, citing security concerns.

The Cumberland County Sheriff's Office also considered charging Trump with inciting a riot after a protester was punched in the face at a Fayetteville, North Carolina, rally last week. The office decided against it.

This video includes a clip from WFTS and images from Getty images.