Nothing Is Cuter Than Ducks, Except The Officers Saving Them 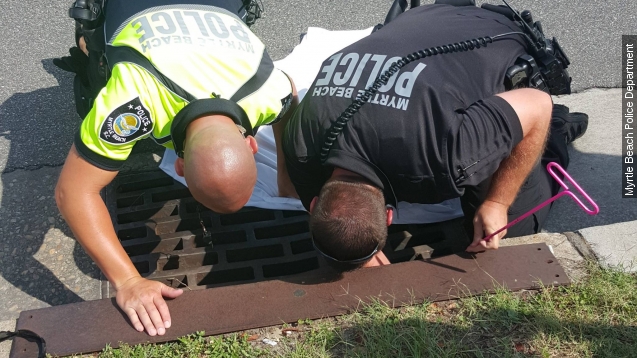 Ducks are adorable. If you disagree, we can't be friends.

Two policemen at the Myrtle Beach Police Department in South Carolina weren't above dropping to their knees to try and rescue six baby ducks from a storm drain.

The rescue of the ducks went swimmingly, and all were returned to Mz. Mama Duck.

"Mom was certainly thankful. She and her babies are now relocated to a nearby pond," an anchor on Fox News said.

And it must be the season of duck rescues. Officers with the Wellesley Police Department in Massachusetts also had to rescue some baby ducks.

Mama duck waited worriedly, but all the babies were saved in this case, too.

And all the rain this season certainly isn't helping things along. Firefighters in Missouri also had a storm drain duck rescue on their hands.

Thank goodness for our feathered friends, they have some friends in high places willing to help them out.