Not Enough Girl Power? What We Know About The Spice Girls Reunion 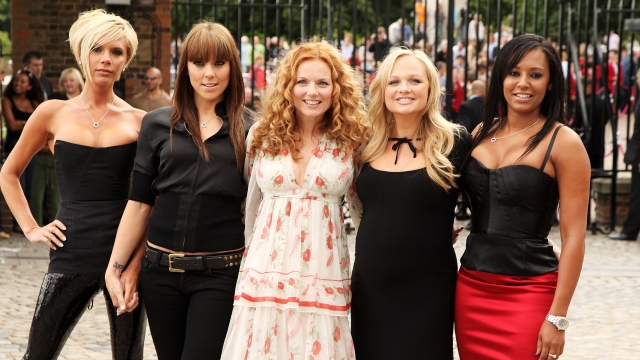 SMS
Not Enough Girl Power? What We Know About The Spice Girls Reunion
By Cody LaGrow
By Cody LaGrow
March 15, 2016
It seems we're getting closer to a 20th anniversary Spice Girls reunion, and it may not be posh enough for a former member of the British girl group.
SHOW TRANSCRIPT

You know what I really, really want? A Spice Girls reunion. And it looks like we are one step closer.

Mel B dished the latest details on the re-gathering of the girls on the podcast "Allegedly."

"We are in talks with each other closely. ... I do feel like it's getting closer and closer to that point. ... I've been trying to get those b****** together for years!" Mel B said.

This isn't new for Scary Spice — she spoke out about a reunion several times last year, including in September on NBC.

"I want to make it happen. It's our 20th year anniversary!" Mel B said.

And it looks like the ball is rolling. The famed music producer and director Simon Ellis tweeted earlier this month, "Putting the music together for the Spice Girls reunion tour 2016."

Victoria Beckham may be throwing a wrench in getting the band back together. Posh Spice's rep told TMZ in January that Beckham "has been very respectful about the fabulous time they had together in the past, however her focus is now very much her family and fashion business."

Come on, Victoria. All that I want from you is a promise you'll be there.

This video includes clips from EMI and NBC and images from Getty Images.