Norway Plans To Kill Almost 70 Percent Of Its Wolf Population 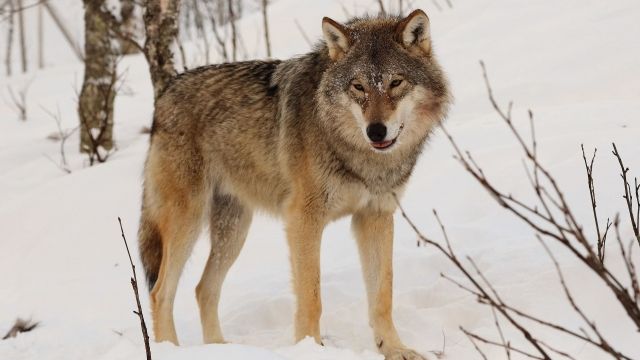 Norway is home to roughly 68 wild wolves, but the country says that's still too many. So it's planning on culling 47 of them.

The cull would be the largest in more than a century for Norway, and it's being justified as a way to protect sheep flocks.

SEE MORE: Humans May Have Tamed Wolves Twice Because Dogs Are Worth It

Under the plan, 24 wolves would be shot in the country's designated wolf habitat, 13 would be killed in nearby areas and 10 more would be eliminated elsewhere.

But wolves are responsible for only 8 percent of Norway's sheep deaths each year.

And if they're hoping to reduce that number, then a culling might not be the best solution.

And this cull might also lower wolf populations below the level the country expects.

When there's a major legal culling of one species, research suggests it might inspire more people to poach that animal. And 1 in 2 wolves in Scandinavia are already killed illegally.

Norway's parliament has said in the past that wolves and other carnivores have to be allowed to co-exist with livestock.

There are already a few appeals to stop the cull, but according to the Natural Resources Defense Council, the government might not address it until the end of the year.