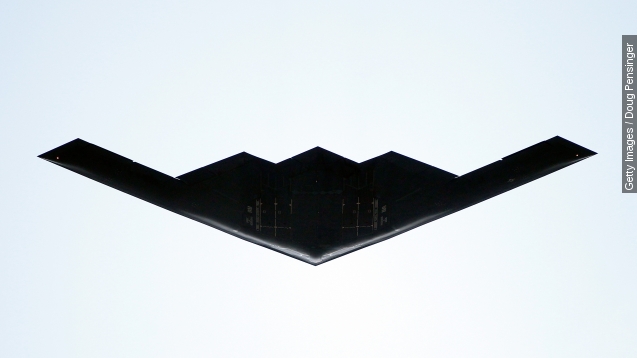 Tuesday, the Air Force announced Northrop Grumman will build a new fleet of Long Range Strike Bombers or LRS-Bs, beating out a combination bid from Boeing and Lockheed Martin.

The LRS-Bs will serve as a follow-up to the U.S. B-52s and B-1s. The Air Force is aiming to retire those aging aircrafts by the mid-2040s.

The Pentagon wants 100 of the new planes and projects they will cost around $550 million apiece. But other estimates set the price tag much higher.

Bloomberg thinks the whole project will cost taxpayers $80 billion, while the Center for Strategic and Budgetary Assessments put the actual cost at $90 billion.

But the Pentagon says that's a small price to pay for something former Defense Secretary Chuck Hagel called "absolutely essential for keeping our deterrent edge." At the very least, the plane should have some cool features.

Officials have been pretty tight-lipped on the particulars, but the new bombers could be designed to be even stealthier than predecessors, carry nuclear weapons and even operate without a pilot.

And many are convinced all the bells and whistles are necessary to keep pace with international threats.

Retired Air Force Lt. Gen. David Deptula told CNN, "The Chinese, Iranians and Russians ... have built advanced anti-air systems and long-range fighters to attack our bases and aircraft carriers." The new Long Range Strike Bombers are expected to be ready to hit the skies around 2025.