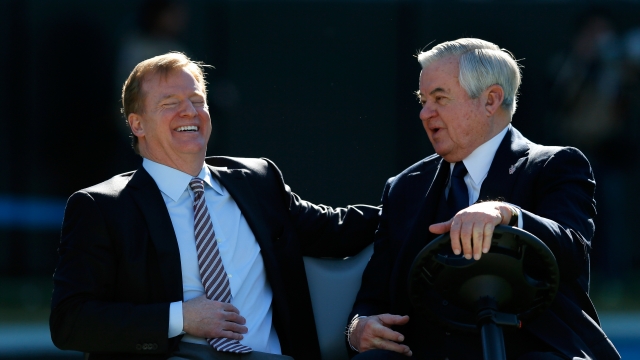 The NFL owners meeting is scheduled for next month in Charlotte, North Carolina, and it appears it'll stay that way.

The North Carolina bill some say is "anti-LGBT" has received plenty of criticism since it passed in late March. The law requires transgender people in schools and public facilities to use the bathroom of the sex on their birth certificates instead of the gender they identify with.

But it appears the NFL isn't deterred by the politics and will keep its meeting as scheduled.

The NFL's decision falls in line with the league's stance on Super Bowl 51 in Houston next year. After residents there voted overwhelmingly to repeal an ordinance critics said discriminated against the LGBT community, the NFL said it wouldn't change its Super Bowl plans.

Unlike the NFL's decision in North Carolina, big companies reacted swiftly to the new law. Google Ventures, PayPal and more pulled the plug on doing business in the state.

The NBA also joined in, threatening to move the 2017 All-Star game from Charlotte if the bill passed.

"I think the NBA should move the All-Star game from there next year. As a black person, I'm against any form of discrimination," former NBA basketball player and current NBA analyst Charles Barkley told CNN.

Other leagues said they'd keep watching the situation before making any decisions. The NFL's owners meeting is May 23-25.

This video includes clips from Google, WNCN and PayPal and images from Getty Images.