North Carolina's Bathroom Brawl With The DOJ Could Be Costly 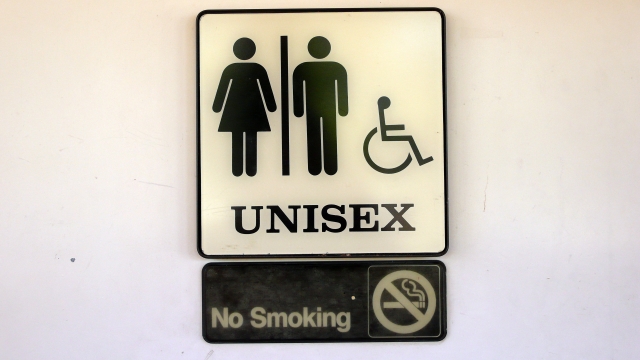 SMS
North Carolina's Bathroom Brawl With The DOJ Could Be Costly
By Katie Link
By Katie Link
May 5, 2016
Billions of dollars in federal funding could be on the line, but it looks like some lawmakers aren't worried about it.
SHOW TRANSCRIPT

North Carolina may have just declared a mutiny against the federal government.

On Wednesday, the Justice Department sent Gov. Pat McCrory a notification that part of his controversial House Bill 2 violates sections of the 1964 Civil Rights Act.

More specifically, the federal government says the portion of the law that restricts transgender people from using the bathroom that matches their gender identity violates Title VII and Title IX.

The U.S. government gave the state until Monday to "remedy" the violations. According to North Carolina House Speaker Tim Moore, that won't happen.

"We will take no action by Monday — that deadline will come and go," Tim Moore told reporters.

If the state stays obstinate, it could lose major federal funding. North Carolina received $4.3 billion to fund public kindergartens, schools and colleges last year. Next year those billions could be lost.

And history proves that if the threat of losing federal funds is strong enough, states tend to start behaving as the government orders.

Take the Brown v. Board of Education case, for example. In 1954, the Supreme Court mandated school districts across the nation end segregation. But it wasn’t really until the passing of the 1964 Civil Rights Act that some schools made those changes. Their motivation? The government threatened to cut funding.

Furthermore, the Los Angeles Times points to a recent run-in the government had with a school district in Illinois. Federal authorities said the district was in violation of Title IX for its discriminatory locker room policies. Amid threats to cut funding, the district backed down and reversed its policy.

So far, it looks like some lawmakers in North Carolina aren’t feeling too scared.

"We obviously don't ever want to lose any money, but we're not going to get bullied by the Obama administration to take action prior to Monday’s date. That's not how this works," Moore said.

This video includes clips from WSOC, The University of North Carolina at Chapel Hill and The History Channel, and an image from Mr.TinDC / CC BY ND 2.0.