No Precedent? No Problem: The FBI Will Help Police Unlock More iPhones 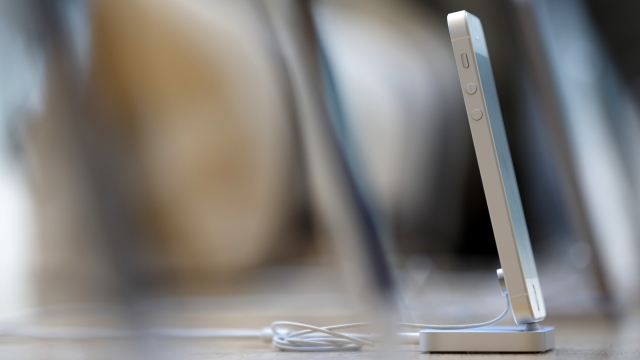 SMS
No Precedent? No Problem: The FBI Will Help Police Unlock More iPhones
By Evan Thomas
By Evan Thomas
March 31, 2016
Right after it dropped the case against Apple, the FBI is forcing the locks on more iPhones.
SHOW TRANSCRIPT

Just days after coming up with its own workaround to hack into a locked iPhone, the FBI plans to help other law enforcement agencies unlock Apple devices.

"An Arkansas prosecutor said the FBI will help open two Apple devices, an iPhone 6 and an iPod, which might hold evidence in a murder trial," said an ABC news anchor.

Arkansas state prosecutor Cody Hiland says he asked for assistance after his office heard the FBI had found a way into the iPhone 5C from the San Bernardino shooting investigation.

"We have reason to believe there's relevant, very important evidence on the device that we can use at trial," Hiland told KATV.

It's not clear if the methods the FBI used to crack the San Bernardino shooter's iPhone will be used here, or if they'd even work.

The FBI hasn't detailed how it broke into that phone, and officials have stressed they don't expect the same method will help them crack encryption in other instances.

But this new development emphasizes just how eager prosecutors are to get into locked phones, with or without manufacturer cooperation.

There are more than 1,000 devices back in law enforcement "limbo" now that the FBI has dropped its encryption case with Apple, and officials expect turning to tech companies for assistance in criminal cases will increase.

The American Civil Liberties Union says it has identified 76 cases in which the government is using the All Writs Act to compel Apple and Google to let it into locked devices.

Apple's stance on that tactic should be clear by now.

"We did not expect to be in this position, at odds with our own government. But we believe strongly that we have a responsibility to help you protect your data and protect your privacy," Apple CEO Tim Cook said.

Google says it hasn't yet had to fight it out in court like Apple did, but the company says it, too, would resist an order compelling it to compromise its own security.

This video includes clips from ABC, KATV, C-SPAN and Apple and images from Getty Images.