Few Have Driven The Tesla Model 3, But Everyone Still Wants It 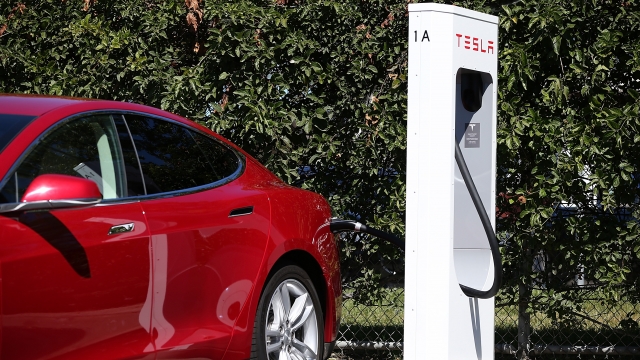 SMS
Few Have Driven The Tesla Model 3, But Everyone Still Wants It

By Stephanie Liebergen
March 31, 2016
Before the Tesla Model 3 unveiling, people waited hours to preorder one, which requires at least a $1,000 deposit.
SHOW TRANSCRIPT

Hundreds of people waited in line for hours to buy a car they've never seen: the Tesla Model 3.

Thursday the company started taking preorders for the new car.

What's so special about this model? The cost. The starting price, before government incentives, is $35,000 — half the cost of other Tesla base models.

What do we know about it? Not much. But the car can go at least 200 miles on a full charge.

The Tesla Model 3 was unveiled Thursday night in Los Angeles. Production is set to begin in late 2017.