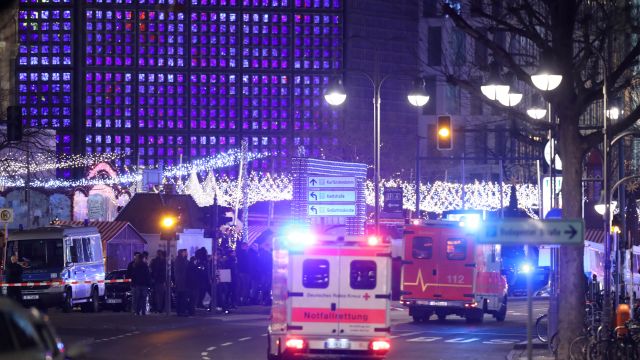 Police in Germany say at least 12 people are dead and at least 48 others are injured after a semi-truck drove through a Christmas market in Berlin on Monday evening.

Local outlets report the truck plowed through a crowded street market near the famous Kaiser Wilhelm Memorial Church. Authorities say they believe the crash was intentional, and German Chancellor Angela Merkel said it was presumably "an act of terrorism."

The truck belongs to a Polish company. The owner of the company said it might have been hijacked. Police arrested a suspect, a migrant from Pakistan, but released him Tuesday because there was a lack of evidence.

A similar incident in Nice, France, this summer killed over 80 people after a truck drove into a Bastille Day celebration. That crash was later labeled a terrorist attack and attributed to ISIS.

And police recently apprehended a 12-year-old boy who attempted to detonate a nail bomb in another Christmas market in a southwestern German town. Investigators suspect ISIS was also involved in that attempted attack.