Nigerians Are Dying Of Hunger, And The World Is Ignoring Them 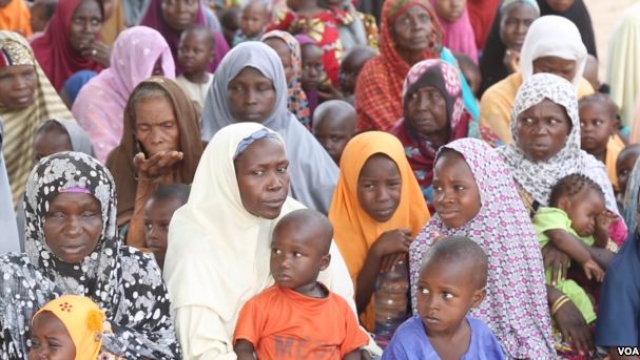 SMS
Nigerians Are Dying Of Hunger, And The World Is Ignoring Them
By Melissa Prax
By Melissa Prax
October 18, 2016
Attacks by the terrorist group Boko Haram are preventing aid from reaching the starving people who need it.
SHOW TRANSCRIPT

UNICEF warns 75,000 kids in Nigeria could die from hunger if they don't get proper aid within a year.

And it's because the terrorist group Boko Haram's attacks  are cutting off aid. All over Nigeria, people are starving.

In Northern Nigeria, there are seven times as many people cut off from aid as in Aleppo, Syria.

"My wife died. We just lost a baby three days ago that my brother's wife gave birth to. My brother is dead; my father died not too long ago," Nigerian refugee Inusa Isa told Voice of America.

Aid groups are trying to offer food, but there's not enough to go around.

One of the biggest issues? A lot of people outside of the country have simply stopped paying attention.