The NHL Is Getting High-Tech With Its Pucks 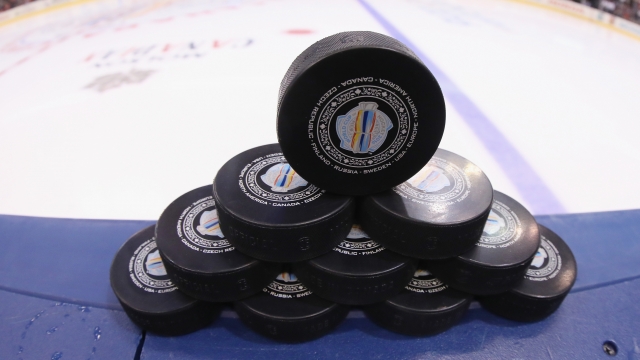 SMS
The NHL Is Getting High-Tech With Its Pucks
By Ryan Biek
By Ryan Biek
September 27, 2016
Pucks at this year's World Cup of Hockey contain chips to track a variety of stats.
SHOW TRANSCRIPT

Less mad-science than its '90s predecessor –– the glow puck is getting a high-tech upgrade.

In the late 1990s, infrared technology was used to make hockey pucks more visible — basically to make them glow.

This time around, the idea is less about helping viewers see the puck and more about letting them see the data. The National Hockey League has partnered with Sportvision to put chips in both pucks and players' jerseys at this year's World Cup of Hockey.

SEE MORE: After MLB Star's Death, Friends And Teammates Remember Him With Love

Microdata has become all the rage, but hockey may be one of the more analogue sports with its broadcasts.

And both fans and teams have been calling for advanced statistics.

These updated pucks aren't quite new –– they debuted at last year's NHL All-Star game. But this is the first time they're being used in non-exhibition matches.

Sportvision hopes the NHL will use its tech in the future. Even if the company doesn't make the cut, though, several teams have reportedly expressed interest in getting their hands on that kind of data.

Sportvision is also the creator of the digital yellow first-down marker in football and the strike zone graphic in baseball.