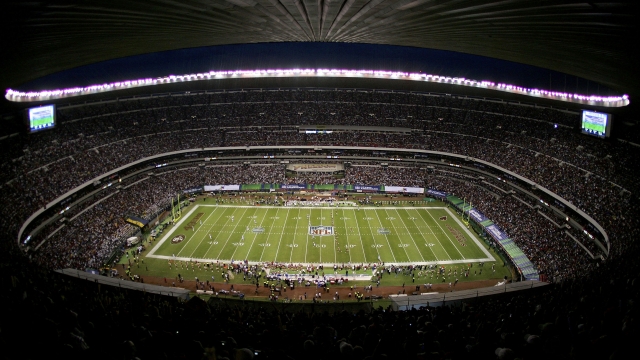 The Oakland Raiders and Houston Texans are facing off Monday night in Mexico.

It will be the second regular-season game to be played in Mexico City in NFL history. The first was in 2005.

Although it's historic, Monday's match doesn't sound like it'll be all that fun for the players.

For one, the NFL reportedly sent out a letter to both teams, urging players not to leave their hotel for safety reasons.

The letter also warned against ordering room service or using ATMs while in Mexico.

The stadium is also built at such a high elevation that players could have trouble breathing.

A former U.S. soccer player who's played in the stadium told USA Today, "The combination of being that high up with pollution is just devastating to the body."

But Mexico City is a huge market for the NFL and many people have long said the league should consider having a team there.

The NFL already airs nine games every week in Mexico, where it estimates it has about 22 million fans.

Tickets for Monday's football game reportedly sold out in just 30 minutes after going on sale in July.