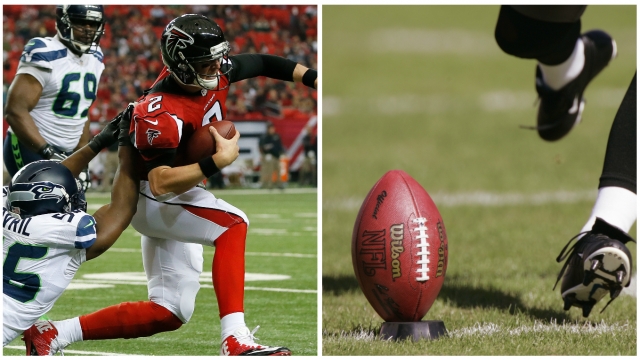 The NFL announced Tuesday it approved seven proposed changes for the upcoming season, some of which will make the game a little safer and a little more difficult.

The change getting the most attention is probably the elimination of the chop block. It's a blocking technique when one offensive player blocks a defender above the waist, while another goes low at their legs. It was already illegal in some scenarios; now, the practice is totally outlawed. It looks kind of like this.

Another change clearly meant for player safety is the expanded horse-collar tackle rule. Under the new rule, a player can be penalized for pulling another player down by grabbing his jersey at the nameplate or above the nameplate — not just inside the collar of the shoulder pads, like before.

In 2015, the NFL tested out moving the line of scrimmage on points after touchdowns — or PATs — to the defense's 15-yard line. That resulted in the lowest number of conversions and most missed extra points in years. The NFL decided Tuesday to enact that rule permanently.

The NFL also approved a delay-of-game penalty for calling a timeout when you don't have one and three other changes.

There's still one mystery the league didn't address that's sure to cause some frustrating plays this upcoming season: We still don't know what the NFL deems a catch.

This video includes clips from YouTube / ProTips4U, The New York Times and CBS / "The Late Late Show with James Corden" and images from Getty Images.