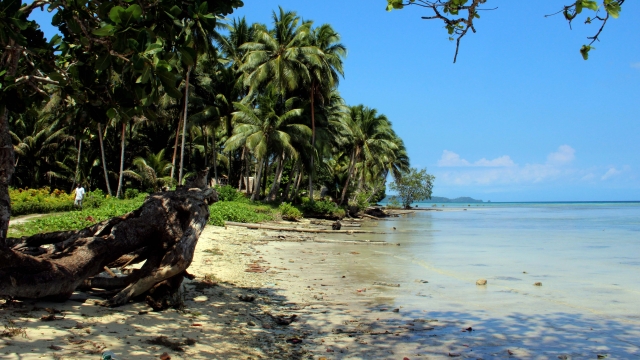 Being next to the ocean might be good for luring in tourists, but it's starting to pose a huge threat to residents of the Solomon Islands.

A new study found at least five islands in the archipelago chain have disappeared. None of the islands were larger than 13 acres and no one lived on them, but the encroaching Pacific Ocean is starting to disrupt life for the islands' inhabitants.

Six more islands are also losing land, forcing entire villages to relocate. Lots of media outlets were quick to pin the blame on climate change, but researchers say there’s more to the story.

The study says the ocean around the Solomon Islands is rising 7 millimeters a year, more than two times faster than the global average. Researchers say climate change does play a factor, but cycling trade winds are also partly to blame.

Study author Dr. Simon Albert said those trade winds are blowing more water up onto the shores and swallowing up the islands. More places like it could soon follow.

Albert told The Guardian, "These observations from the Solomons are a warning of things to come irrespective of if climate change alone caused it or a range of factors."

This video includes clips from United Nations and an image from Jenny Scott / CC BY 2.0.