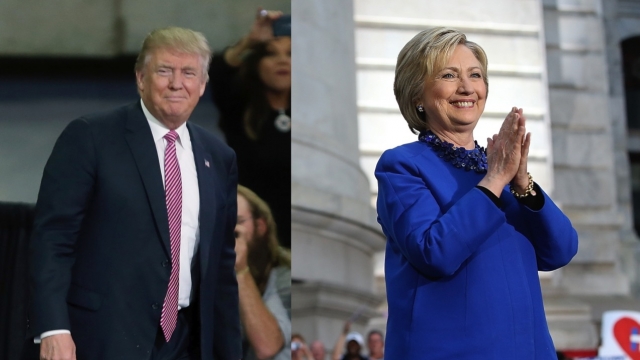 SMS
New Poll Proves Polls This Early Are Mostly Unhelpful
By Eugene Daniels
By Eugene Daniels
May 18, 2016
Polls this far out aren't really indicative of how it's all going to shake out in November.
SHOW TRANSCRIPT

Another day, another presidential poll. And this one has lots of people freaking out. A brand-new Fox News poll found Donald Trump beats Hillary Clinton by three points, which is a statistical tie. That's a 10-point swing from the same poll last month when Clinton edged out Trump by 7 percent.

Regardless, the results feed into the narratives of both of Clinton's rivals; Bernie Sanders can use this as proof he'd make a better general election candidate than Clinton, while Trump can just tout the numbers as evidence he has more support than Clinton.

But there are things we can glean from the results. First, Clinton's ongoing battle with Sanders this late in the game could be doing her some serious damage. Especially as Trump has begun using some of Sanders' attack lines on the former secretary of state.

And the previous Fox News poll was taken in April, back when the GOP still had other options in the race. Trump's recent performance could indicate the party is — no matter how reluctantly — more or less coalescing around its last man standing.

The poll also makes it clear that both of the presumptive nominees are extremely unpopular with both having unfavorability ratings above 55 percent.

So take every poll between now and November with a grain of salt and just know, no matter what the polls say, this is going to be a very long election.