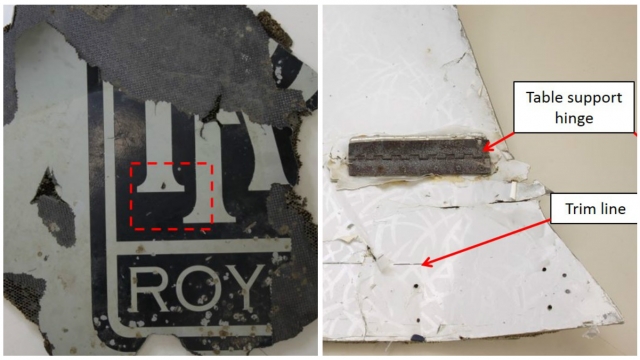 It's been more than two years since Malaysia Airlines Flight 370, also known as MH370, disappeared while flying from Malaysia to China.

The Australian Transport Safety Bureau published a report Thursday saying it found two items: part of the plane's engine covering off the coast of South Africa and part of a door from the main cabin near the island nation of Mauritius.

The Australian government concluded both pieces belong to a Malaysia Airlines Boeing 777 — the same type of plane that went missing.

MH370 reportedly went down somewhere in the Indian Ocean, and the new evidence supports that. Still, nobody knows exactly what happened to the plane.

International investigators have combed through more than 40,000 square miles searching for clues. They plan to wrap up the search in the current area in the next few weeks.