New Bond Girl Lea Seydoux Has Been A 'Spectre' In Hollywood 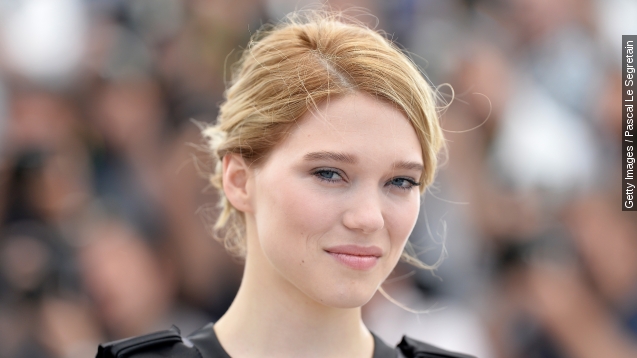 She's one of the newest Bond girls and rumored to be Channing Tatum's love interest in the upcoming superhero film "Gambit."

That Bond role will serve as Lea Seydoux's official breakout role in Hollywood, but her acting credits date back almost a decade. So this begs the question: Who exactly is she?

If it wasn't obvious from her accent, she's French. And she's actually been starring in French films for quite a while.

She played Belle in the French version of "Beauty and the Beast," as well as several other roles in French films, including "Sister" and "Grand Central."

Her lead roles overseas didn't translate to Hollywood, though. But even as far as supporting roles go, Seydoux has had several of those in major American blockbusters.

She has appeared in "Inglourious Basterds" and "Mission: Impossible - Ghost Protocol." She’s also worked with directors, including Woody Allen and Quentin Tarantino.

But people didn't really take notice of her until 2013 when she played a lead role in the Cannes Film Festival winner "Blue Is the Warmest Color."

This fall, she'll star opposite Colin Farrell in "The Lobster," which won three awards at Cannes and was nominated for the top award — the award “Blue Is the Warmest Color” won.

"The Lobster" debuts a month before "Spectre" opens in theaters where she plays Madeleine Swann.

"It couldn't have been a total newcomer; it needed to be someone with a certain amount of life experience, maturity," said "Spectre" director Sam Mendes.

If Seydoux is confirmed as the female lead in "Gambit," she will play Bella Donna Boudreaux — Gambit’s first love.