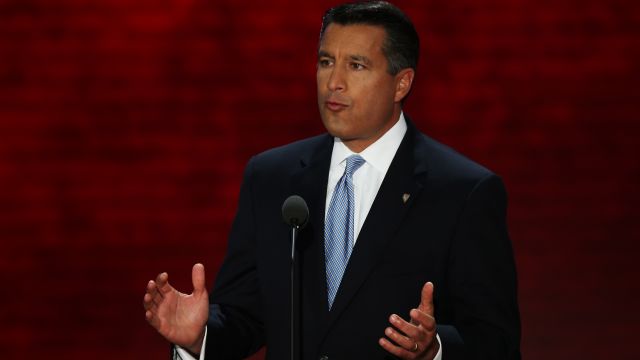 Ohio Gov. John Kasich's presidential campaign has picked up another endorsement, this time from a fellow governor — Brian Sandoval.

Kasich told reporters he was "thrilled" with Sandoval's endorsement. The Nevada governor called Kasich "the only candidate in the race with a real plan to deliver results."

The endorsement makes sense: Sandoval and Kasich are both seen as moderate Republican governors who've broken with party orthodoxy on issues like the Medicaid expansion in Obamacare.

But Sandoval's support might not do much to improve Kasich's image with hardcore conservatives. Politico notes Sandoval's approval of higher taxes in Nevada could turn his endorsement into "more of a headache than a helpmate."

This video includes images from Getty Images and clips from Fox News, the Republican National Committee, C-SPAN and the Office of Gov. C.L. "Butch" Otter.