NASA Wants To Download Your Art For An Asteroid Mission 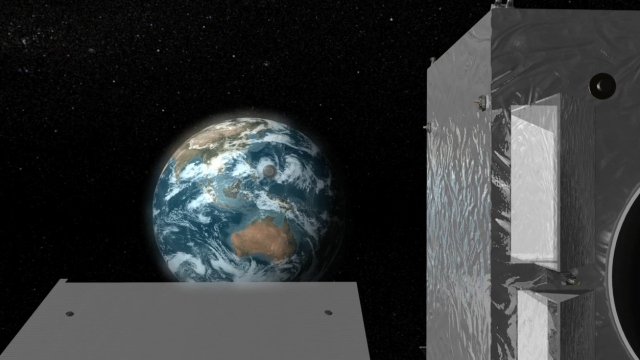 SMS
NASA Wants To Download Your Art For An Asteroid Mission
By Samantha Crook
By Samantha Crook
February 21, 2016
NASA's #WeTheExplorers campaign put out a call for art submissions from the public.
SHOW TRANSCRIPT

NASA wants your artwork to travel to an asteroid.

The mission is called OSIRIS-REx.

And it's mostly not about your artwork. It will be the first U.S. mission to collect an asteroid sample and return it to Earth.

Because, as an investigator on the mission puts it, "Space exploration is an inherently creative activity." NASA wants your videos, drawings, songs, etc., to keep the spacecraft company on its mission.

You can send art that expresses the mission's "spirit of exploration" to OSIRIS-REx via Twitter or Instagram. Your artwork could then be downloaded onto a chip in the spacecraft.

That artwork could be part of a mission that uncovers more about the solar system's origins.

OSIRIS-REx is scheduled to head to Bennu in September.

This video includes clips from NASA and OSIRIS-REx.