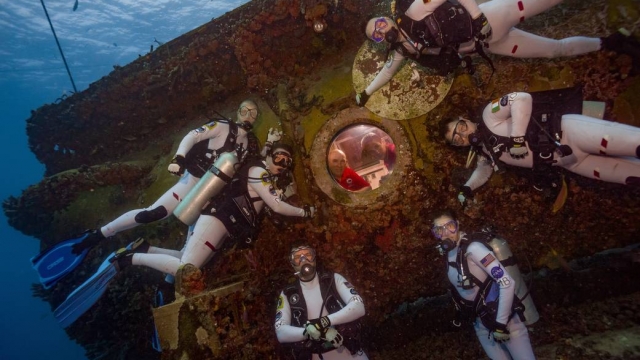 Astronauts and other scientists are calling the Atlantic Ocean home for the next few weeks.

Aquanauts are stationed on Florida International University's Aquarius Reef Base. At 62 feet below the ocean's surface, it's the world's only undersea research laboratory.

Astronauts participating in the 21st mission are from the U.S., Ireland, Germany and South Africa.

Some will remain on the mission for 16 days, while others will rotate out halfway through.