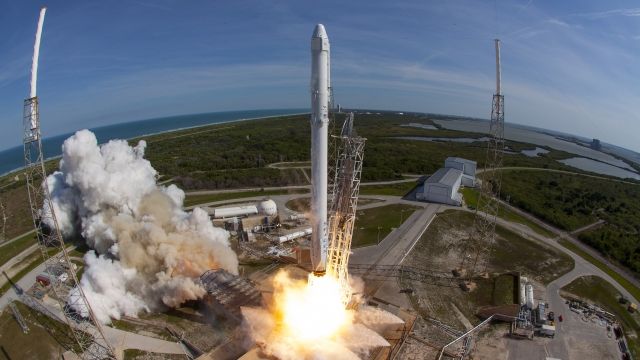 By Lindsey Pulse
November 6, 2016
This isn't the only time NASA's been concerned by SpaceX procedures.
SHOW TRANSCRIPT

NASA is a tad worried about some of SpaceX's safety procedures.

The Elon Musk-owned spacecraft manufacturer has ambitious plans for space exploration. And those plans include fueling its manned spacecraft while astronauts are on board.

According to The Wall Street Journal, the type of fuel SpaceX uses requires takeoff to happen about a half an hour after fueling begins. NASA says fueling a spacecraft while the crew is on board goes against long-held safety procedures in the industry.

NASA officials have raised concerns over SpaceX procedures before. In 2015, an advisory board member penned a letter expressing concern for fueling the Dragon spacecraft.

The letter says having anyone near the "booster" during fueling is contrary to safety criteria that has "been in place for over 50 years."

And earlier this year, a SpaceX rocket exploded on the launchpad. The blast happened during fueling, and Musk recently speculated it had something to do with unfavorable temperature and pressure conditions.

NASA is currently reviewing SpaceX procedures. The agency says it will not certify SpaceX to fly crew until safety and technical requirements are met.