NASA Doesn't Have Much On Its Exploration Calendar Anymore 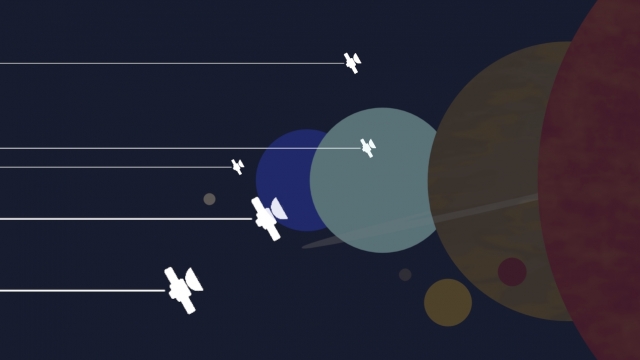 SMS
NASA Doesn't Have Much On Its Exploration Calendar Anymore
By Evan Thomas
By Evan Thomas
July 9, 2016
NASA's unmanned mission cadence is much slower over the next decade than it was in the last one.
SHOW TRANSCRIPT

Now that the Juno probe has made it to Jupiter, NASA doesn't have much on its calendar.

Right now, NASA has just five unmanned space probes planned in the next decade — way down from the 14 it launched in the past 15 years.

SEE MORE: What The Hell Is This Noise Jupiter's Making?

Asteroid orbiter OSIRIS-REx is expected to launch in September 2016 and won't be close enough for science operations until October 2018.

Delayed Mars lander InSight will launch in May 2018 and land in November.

Solar Probe will launch July 2018 to study the sun's atmosphere, but it won't be making its approach to the star until 2024.

NASA's Mars 2020 mission will launch a rover, which is scheduled to arrive on Mars in early 2021.

And Jupiter's moon Europa will host an unmanned probe scheduled to launch in 2022. An arrival date has yet to be determined.

Until then, it's going to be very quiet in the outer solar system. Cassini will burn up in Saturn's atmosphere in September 2017. Juno will gather data until 2018, when it will burn at Jupiter. And New Horizons will make a Kuiper Belt flyby in 2019.

This video includes clips from NASA and images from Alexandr Cherkinsky / CC BY 3.0, LA Hall / CC BY 3.0 and Esteban Sandoval / CC BY 3.0. Music provided courtesy of APM Music.