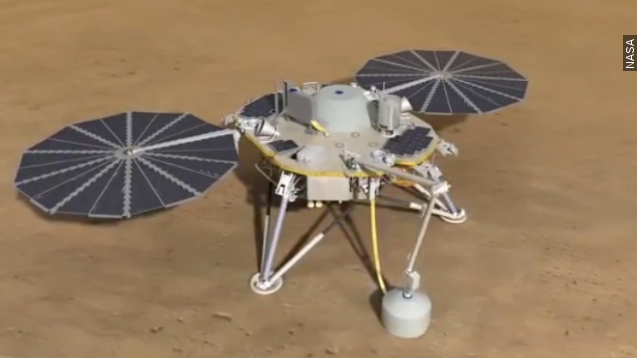 NASA says it's delaying next year's Mars mission because of a leak in an important instrument.

In a statement, NASA says, "The instrument requires a vacuum seal around its three main sensors to withstand the harsh conditions of the Martian environment."

NASA will try to resolve the issue and give its Insight Mars lander another shot to go to the red planet. But it says the positions of the planets needs to be just right; that won't come until 2018.