For These Vigilantes In India, Cows Come Before People 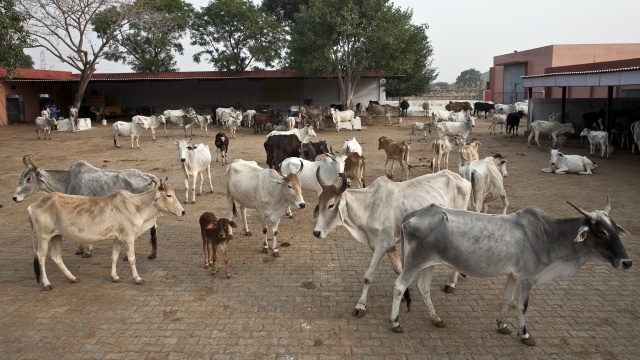 SMS
For These Vigilantes In India, Cows Come Before People
By Melissa Prax
By Melissa Prax
August 7, 2016
Their goal is to protect cows, but some groups' extreme behavior has led to attacks and even deaths.
SHOW TRANSCRIPT

India has cow vigilantes whose goal is to protect the animals — but for some, that comes at the cost of other humans.

Cows are highly valued and respected among much of India's largely Hindu population, and the vigilantes want to enforce that.

This often includes targeting low-income families and those outside of the Hindu faith who eat beef.

It's already illegal in most Indian states to kill cows or eat their meat.

Since last year, dozens of people have been attacked or killed.

And it's caused protests all over India, especially by members of the Dalit community — the lowest caste — who are often targeted.

Dalits are primarily the ones in charge of removing cow carcasses from Indian roads if the animals die. Cows in India are allowed to roam freely.

Indian Prime Minister Narendra Modi spoke out against the vigilante groups for the first time at the beginning of August. In fact, he addressed it two days in a row.

And even the U.S. government has spoken out about the violence over beef. At the end of July, U.S. Department of State spokesman John Kirby said, "We stand in solidarity with the people in the government of India in supporting exercise of freedom of religion and expression."