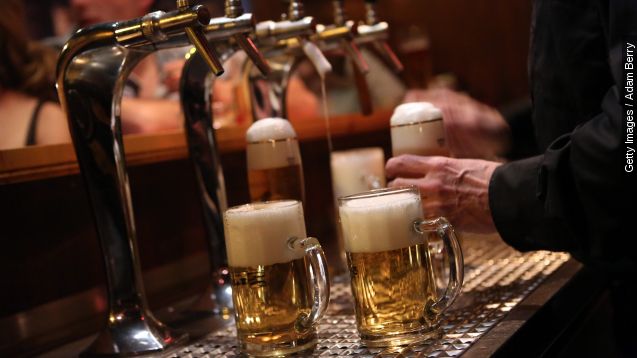 A retired New Jersey police officer says he nearly died after drinking a pint of beer in 2012. Three years later, he's locked in a legal battle with the restaurant which supposedly served it to him.

"No one would ever expect to go into a restaurant and have this happen to them," Richard Washart said.

53-year-old Richard Washart sat down for a beer at the McCormick and Schmick's restaurant in Atlantic City on November 6, 2012. But he told WCAU that after just one drink, he felt a burning sensation in his mouth and rushed to the bathroom, where he began projectile vomiting blood.

The incident landed Washart in the hospital for a week; he suspects his beer was contaminated with a corrosive chemical used to clean the lines. He's now suing the restaurant for unspecified damages.

The restaurant chain has issued a statement, which reads in part: "Mr. Washart and his attorneys have been unable to provide a shred of evidence proving that McCormick and Schmick did anything wrong. Moreover, no other person who drank tap beer on that day experienced any issues."