Musk: Tesla Cars Could Have Autopilot By Summer 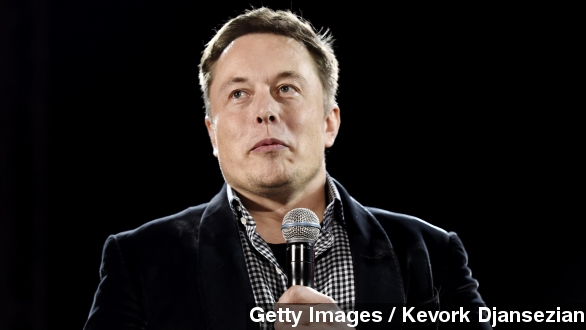 The future may be coming sooner than we realize. Tesla Motors announced Thursday that its cars could be almost driving themselves this summer.

In a conference call with reporters, CEO Elon Musk said a Tesla software update coming as soon as three months from now would allow hands-free driving on highways and major roads, and the car could even eventually be summoned by the owner on private property — and park itself in the garage.

But Musk pointed out the technology doesn't work in complex situations and said, "We don't think it is safe in suburban neighborhoods."

The company has already been testing the self driving feature on a route between San Francisco and Seattle. But many states still don't even have laws regulating the use of self-driving cars yet. Musk said the company is in communication with regulators.

And Tesla had another announcement Thursday. A software update coming in about two weeks aims to take away fear Tesla drivers may have about running out of charge.

The first feature is an app that will warn drivers if they are getting too far away from a charging station to make it before they run out. With this app, the car will be in constant communication with charging stations, while also monitoring the level of charge.

The second feature in the update is an app that will help drivers plan long distance road trips based on charging station locations. It will optimize the best way for Tesla drivers to travel to make sure they can charge when they need to.

This comes amid news that the company is now allowed to sell cars in New Jersey again. Tesla has had legal troubles in some states because of its policy of bypassing dealerships to sell directly to consumers.