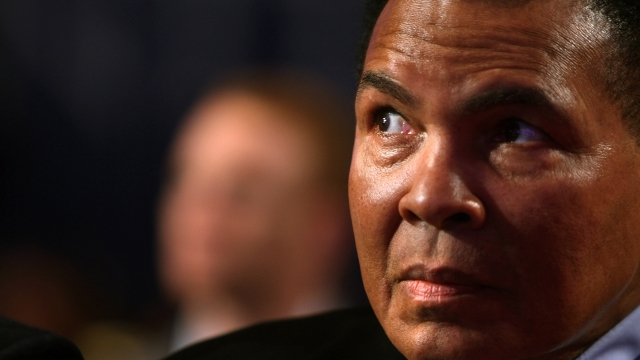 Legendary boxer Muhammad Ali died Friday night in a Phoenix-area hospital at the age of 74.

Best known for his talent inside the ring, "the greatest of all time" also had a knack for words. Here are some of his most memorable quotes.

"I am the greatest. I said that even before I knew I was."

"I'm going to float like a butterfly and sting like a bee. George can't hit what his eyes can't see." Ali said this before before the "Rumble in the Jungle" with George Foreman in 1974.

"If my mind can conceive it, and my heart can believe it — then I can achieve it."

"Service to others is the rent you pay for your room here on Earth."

"I'd like for them to say: 'He took a few cups of love. He took one tablespoon of patience, one teaspoon of generosity, one pint of kindness. He took one quart of laughter, one pinch of concern, and then he mixed willingness with happiness. He added lots of faith, and he stirred it up well. Then he spread it over a span of a lifetime, and he served it to each and every deserving person he met,'" he said during an interview with David Frost in 1972.