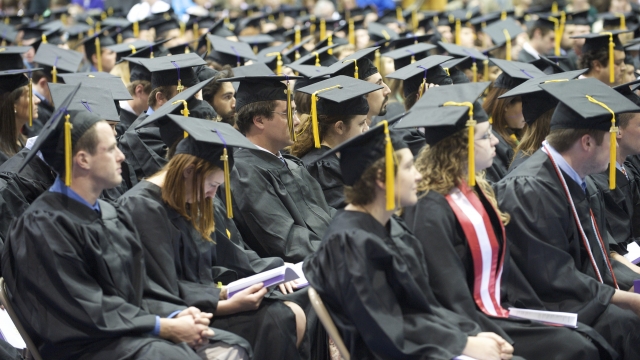 Only 37 percent of high school seniors are prepared for college coursework in reading and math, according to the National Assessment of Educational Progress.

The results of testing by the group show reading scores have essentially stayed the same since 2013, and math scores are down slightly.

This news comes at a time when high school graduation rates are rising. In 2014, 82 percent of students graduated on time.

But this recent data shows the majority of those students would have to take remedial coursework in college in order to catch up. That means students have to spend money for classes that likely won't count toward their degrees.

The data has raised some concerns that a high school diploma isn't as valuable as it once was.

However, these results only account for scores in reading and math, and a much broader set of courses is needed to earn a diploma.

Also, these scores are based on tests given on a single day, so it could be argued the diploma is a better measure of achievement over time.

That doesn't change the fact that reading and math scores are lacking — especially in the lowest-performing groups. Students on the low end of the testing saw scores drop compared to 2013.

This video includes images from the U.S. Department of Education and Getty Images.