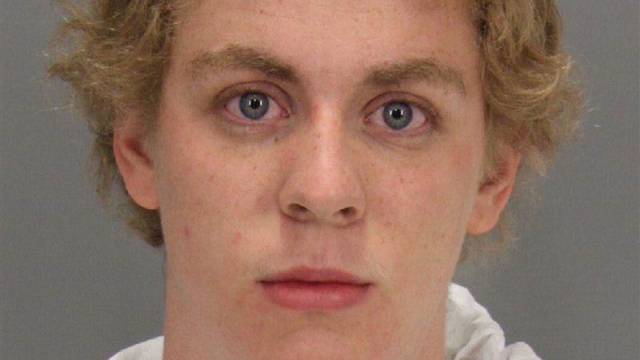 California's Santa Clara County is increasing security Friday due to planned protests of the release of the former Stanford University swimmer who was convicted of sexual assault.

"I mean he's a predator, and I'm really against predators being able to walk," Santa Clara local Kathleen Krenek said.

Brock Turner was sentenced to six months in jail for his crime but is being released three months early — reportedly due to "good behavior."

Earlier this year, two international students said they saw Turner and a young woman behind a dumpster on the Stanford campus. Turner was reportedly assaulting the woman and attempted to flee.

Judge Aaron Persky sentenced Turner to six months in county jail — a verdict that sparked public backlash both in the form of protests and online.

Almost immediately after Persky made that decision, people began calling for his resignation. Many believed the sentence was too lenient for the crime committed.

Following the criticism the sentence he gave Turner, Persky has requested to no longer see criminal cases. According to CNN, Persky will hear only civil cases starting Sept. 6.

Turner was expected to be released from jail Friday morning before 9 a.m. local time, which is standard practice. Santa Clara County Sheriff Laurie Smith says officers are there to keep the peace. Despite the increased security, she says Turner isn't getting special treatment.

"He will be leaving the jail exactly as everyone else does — through these doors," Smith said.

A legal expert who spoke to NBC says Turner will have to register as a sex offender after he's released.