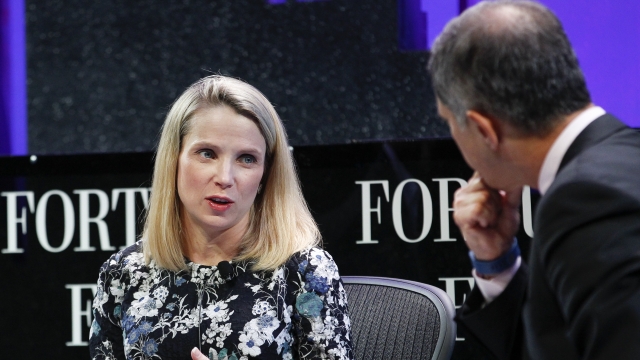 SMS
More Leadership Roles For Women May Boost Companies' Profits
By Ryan Biek
By Ryan Biek
February 14, 2016
A recent study finds the difference in net profit margins can be up to 6 percent where women make up at least 30 percent of leaders.
SHOW TRANSCRIPT

A new case for gender diversity might be catching companies' ears –– it points to profits.

A recent study found net profit margins were up to 6 percent higher for companies where women made up at least 30 percent of leaders compared to companies with no women leaders.

One-third of the roughly 22,000 companies in the sample had no women on either their boards or as chief officers. Less than 5 percent of the companies had a female CEO.

Statistically, higher profits weren't strongly linked to having a female CEO or board members but having more women in leadership positions, in general, was.

Since the study is correlational, it's still unclear if the women caused the higher profits or if higher profits led to more women being promoted to leadership positions.

Out of the 91 countries whose companies were included in the study, the top 10 economies offered 11 times more paternity leave days than the 10 worst performing economies. Paternity leave also correlated with more female board members.

The researchers argue more paternity days leads men to take a more equal share of childcare responsibilities. This, in turn, gives women more chances to work and be promoted to leadership positions.

This video includes clips from CBS, Fortune and The Economist.