More Americans Are Giving Their Mouths Some Lip Service 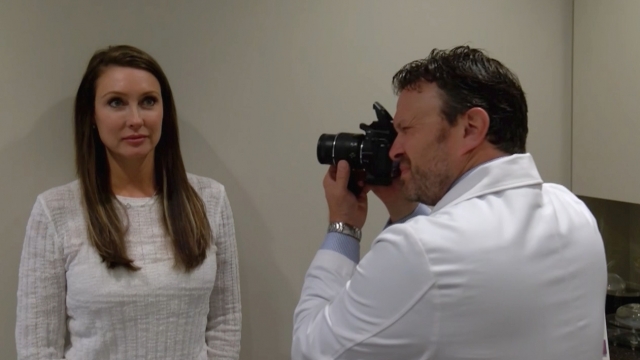 SMS
More Americans Are Giving Their Mouths Some Lip Service
By Katherine Biek
By Katherine Biek
April 18, 2016
Over 27,000 Americans had lip implant surgery in 2015, a 48 percent increase from 2000, according to the American Society of Plastic Surgeons.
SHOW TRANSCRIPT

"My lips were getting thinner as I aged, and I really just wanted to look like I looked 20 years ago," Kim Comisar said.

Kim Comisar is one of nearly 27,500 patients who went under the knife to get lip implants in 2015, according to the American Society of Plastic Surgeons. These silicone implants are inserted into the lip, a bit different from needle injections, like Botox.

Since 2000, lip implant surgery has increased 48 percent in the U.S. Today, there's a person undergoing the procedure about every 19 minutes.

Those type of injections and fillers have increased by 1,000 percent over the past 15 years, according to the ASPS.

"A woman may not be ready to take the dive in doing something with her eyelids or a face lift, but those subtle things of easing a few wrinkles, puffing up the lips a little bit that sometimes is an entry point for women into cosmetic surgery," Dr. Robert Houser said.

And it seems lik these days that patients are going for a more natural look.

In fact, after surveying more than 1,000 women the ASPS found the most in-demand celebrity lips are those of Jennifer Lawrence, Scarlett Johansson and Jennifer Garner.

While celebs with plumper pouts, like Beyonce and Lisa Rinna, were less envied.

"There's been a lot of bad lips done in the past, and there's a stigma that was associated with lip augmentation over the last 20 to 30 years. ... We're looking for more subtle, more soft, natural results than we had in the past," Houser said.

"I don't think the injections looked quite as natural as the implants look," Comisar said.

Perhaps that's why more guys are getting plastic surgery.

This video includes clips from the American Society of Plastic Surgeons and images from Getty Images.