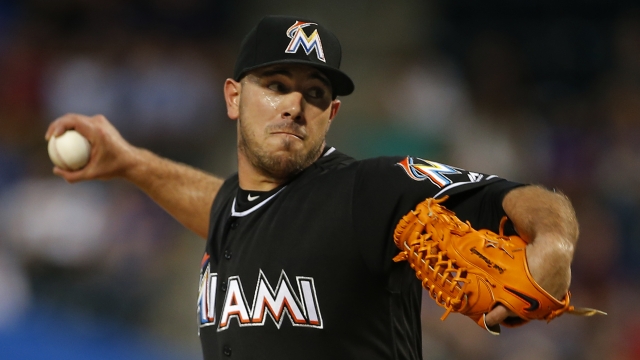 SMS
MLB Star José Fernández Killed In Boating Incident
By Carter Woodiel
By Carter Woodiel
September 25, 2016
Two others were killed in the crash, which happened off the coast of Miami Beach, Florida. The Marlins' game Sunday was canceled.
SHOW TRANSCRIPT

One of the best pitchers in Major League Baseball has died in a boating incident.

Despite missing time with injuries over the past few seasons, Fernández stayed healthy this year and had the second-most strikeouts in baseball so far this season.

The Marlins released a statement saying they are "devastated" by the loss. Their game Sunday was canceled.