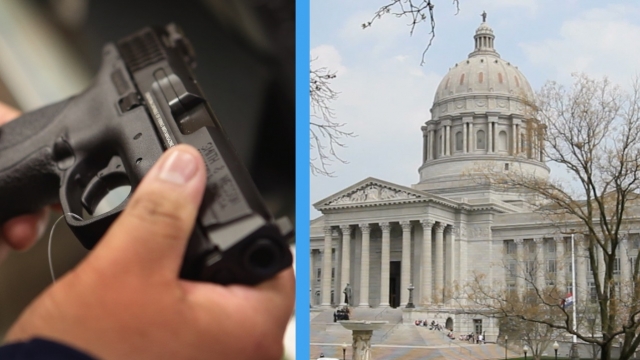 SMS
Missouri Lawmakers Pass Gun Rights Expansion, 'Stand Your Ground' Bill
By Eugene Daniels
By Eugene Daniels
May 14, 2016
The legislation still has to be either signed or vetoed by Gov. Jay Nixon.
SHOW TRANSCRIPT

Missouri lawmakers were able to pass a bill to expand some gun rights in the state with a little more than an hour left before the state's legislative session ended Friday.

The legislation would allow legal gun owners to carry concealed weapons without having to go through the training to get a permit. It also includes a controversial "stand your ground" law that would allow people to use deadly force when they feel threatened. That would apply to anywhere someone has the legal right to be, including in public spaces.

Both aspects of the bill are divisive on their own, but adding them together has sparked furious opposition from the state's Democrats. Sen. Jason Holsman put it this way: "We're essentially authorizing a citizen without training to have a firearm, and then another citizen who is afraid that that citizen has a firearm to shoot and kill them."

Republicans who control both the House and Senate say Democratic fears about the measures are unfounded and the bill is about people being able to protect their families.

The bill now heads to Democratic Gov. Jay Nixon's desk; he hasn't said whether or not he will veto it. If he does, lawmakers won't be able to override it until September.

This video includes images from Getty Images and a clip from Comcast.