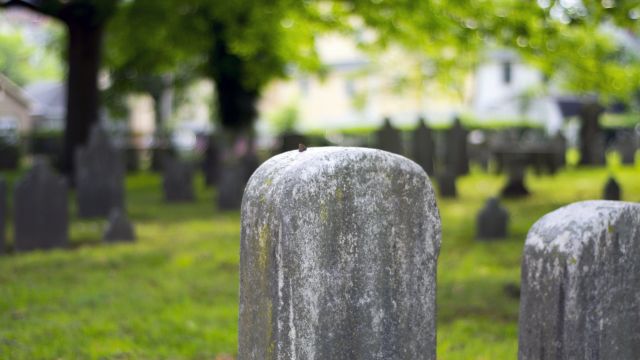 SMS
Minn. Family: Church Won't Bury Grandmother Next To Her Late Husband
By Matt Moreno
By Matt Moreno
February 3, 2016
The elderly woman received a letter banning her from membership — and the church cemetery — because of her lack of recent attendance.
SHOW TRANSCRIPT

A Minnesota family is outraged after they say their 84-year-old relative was kicked out of a Lutheran Church and is no longer allowed to be buried next to her late husband.

Darleen Pawelk had reportedly been a member of St. Mark's Lutheran Church in New Germany for more than 50 years but hadn't frequently attended services at the church over the past year. As KMSP reports, that's what led to this letter being sent to her home.

The letter, which her grandson posted on Facebook, reads, in part, "In 2014, the voters of St. Mark adopted a self-exclusion policy. In summary, the policy states that members who have not gathered together with us in worship to receive the Lord's Supper at least four times in one calendar year will have excluded themselves from fellowship with us."

As a result, the letter said, Pawelk can't be buried at St. Mark or St. John's Crow River cemeteries.

However, church leaders say this is all a misunderstanding. They're expected to meet with the family to smooth things over on Wednesday.