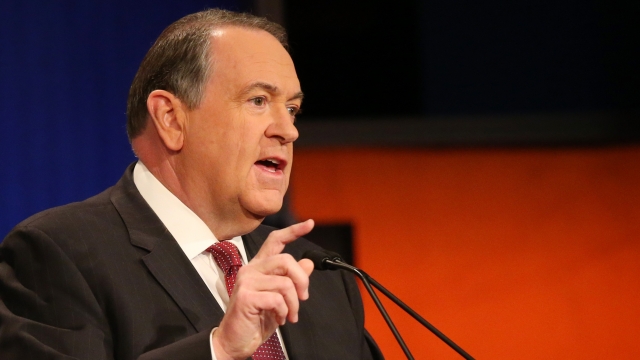 Former Arkansas Gov. Mike Huckabee has dropped out of the race for the GOP presidential nomination.

Huckabee's campaign never really gained much traction, and in November he slipped from the main debate stage to the so-called undercard debates. (Video via Huckabee for President)

This was Huckabee's second run for president; his first was in 2008. (Video via C-SPAN)