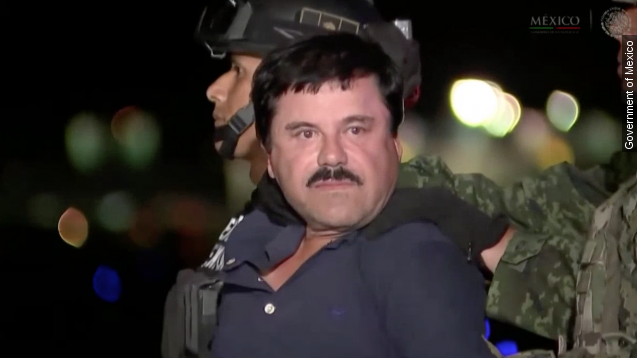 Mexican officials are apparently willing to extradite recently recaptured drug lord Joaquín "El Chapo" Guzmán to the U.S. Guzmán, who has escaped captivity in Mexico twice before, is wanted in the U.S. on multiple charges stemming from his role as the head of the notorious Sinaloa drug cartel.

When Guzmán was first recaptured in 2014, Mexican officials resisted extraditing Guzmán until he had fully served his prison sentence in Mexico, which would have been several life sentences at least.

But over a year after his capture, Guzmán managed to escape from the maximum-security Altiplano Prison via a tunnel dug through the shower in his cell. Guzmán is currently being held back at Altiplano; he was apparently recaptured after contacting movie producers about filming a biopic about his escape.

The U.S. hasn't said whether it's reissued an extradition request, but Guzmán's lawyers have already filed motions to stop any such request. It would likely take several months to get an extradition past the Mexican judicial system.