Men Rescued From Deserted Island After Writing 'HELP' On Beach 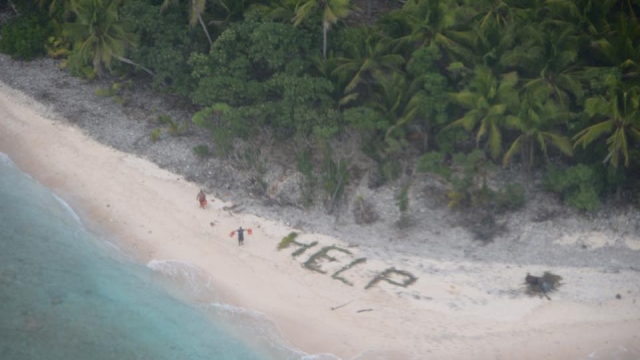 H-E-L-P. Four letters that when spelled out, really big, can be a lifesaver.

The U.S. Coast Guard and the U.S. Navy rescued three men from a remote Pacific Island after spotting their call for help from the skies.

A large wave reportedly swamped their boat, forcing the men to swim nearly 2 miles to the closest island. When they arrived, they spelled out "HELP" on the beach and waited to be rescued.

When the men didn't arrive home as expected, the rescue search began. Their call for help was spotted by a Navy aircrew, who first spotted smoke from their fire.

"The other key part is that the personal flotation devices allowed them to make the overnight swim to the island," said Coast Guard Lt. William White.

Once the trio was spotted, local fisherman went to the deserted island to pick them up. In all, the trio was stranded for three days.